Henry A. Castle was many things to many people; but perhaps chief among them, he was a leader, in every sense of the word. A Columbus, Illinois native, Henry A. Castle was a father, soldier, journalist, politician, entrepreneur, and a humanitarian. He possessed an uncanny ability to be everything to everyone, and was forever a servant to his community; ceaseless in his efforts to innovate and progress. It was his eternal hunger for opportunity and his vision for a vibrant and promising future which helped shape the indelible legacy of North St. Paul – an extraordinary small town in a big city.

Castle settled in St. Paul in 1868 with his family at the age of 27. For a young man in his twenties, Castle was well beyond his years and quickly became a figure of great significance. In 1872, Henry A, Castle a former Civil War officer, lawyer, state legislator and owner/editor of the St. Paul Dispatch Newspaper, purchased 520 acres of farmland Northeast of St. Paul. By 1884 Castle had accumulated 1200 acres of land south and east of Silver Lake. As a man with considerable political influence, Castle was able to enlist other investors to join him in his development venture.

He was also given a tremendous boost in 1885 when the Wisconsin Central Railroad ran their eastbound line through the center of his town site.

North St. Paul was incorporated in 1887. In May, 1887 construction of factories, homes churches and businesses began in the City Castle named North St. Paul. As reported in the 1888 Northwest magazine, a business publication, 6 churches, over 20 retail businesses, a brick school house, 12 factories and more than 80 homes had been completed by December of 1887. The future looked bright for North St. Paul, however, in 1893 a financial panic (depression) created serious problems and failures for many North St.Paul businesses. 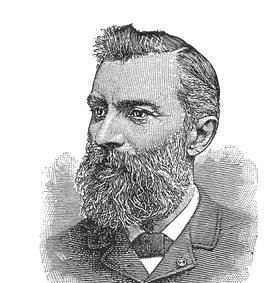